I think I have a new favourite caek recipe: Sfoof. It’s a mellow yellow Lebanese dessert containing semolina and turmeric. I know what you’re thinking. “Turmeric is a curry spice. That caek must taste totally yuk!”

Turmeric caek seems a random choice, right? So how did I end up making it? The answer lies here: across various trials turmeric has been shown to have anti-inflammatory properties (PDF)¹. I have actually made use of turmeric’s potential healing powers when I suffered from an inflamed gum a couple of years ago. It worked a treat for me. The trouble is that it doesn’t taste very nice by itself. In fact, it is rather yucky. And there’s only so much curreh one can stomach across a week.

I’ve been suffering with a terribly inflamed shoulder for a couple of weeks now. Last weekend I got so desperate to ease the heat and pain in my angry rotator cuff muscles, I suddenly remembered the turmeric success from the other year. Anything was worth a try, and so I started looking for recipes containing turmeric. In the process I stumbled over http://allrecipes.com/Recipe/Semolina-Turmeric-Cake-Sfoof/. – And as luck would have it, I actually had semolina in the kitchen cupboard! 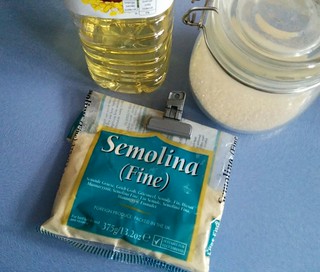 I was curious how the cake would taste. I halved the amounts listed in the recipe – just in case 😉

Then mix A+B together.

I found the batter a bit bland, so I added a dash of orange aroma. I also increased the amount of turmeric in the recipe to a heaped teaspoon – after all, I wanted the caek to be as anti-inflammatory as possible. 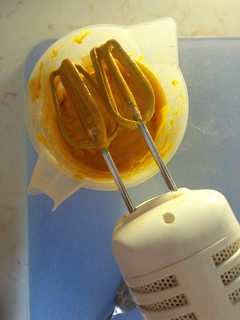 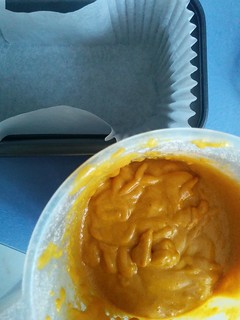 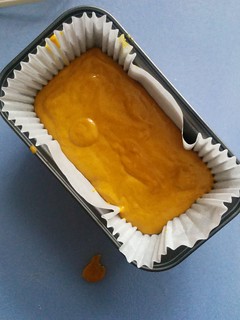 The recipe stresses that it’s important to blend the ingredients for at least 5 minutes. I am guessing this might have something to do with the semolina absorbing the wet ingredients before hitting the oven, but haven’t really looked into it further. I simply followed the instructions to ensure success 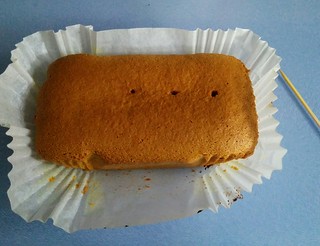 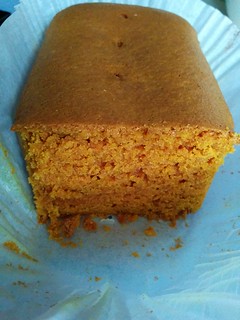 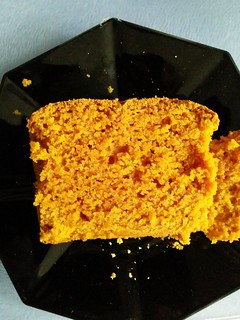 Safety warning for the uninitiated:
You may want to be careful when making this cake as turmeric produces permanent deep yellow stains, particularly on fabric. It also produces a neon yellow glow under blue light – a property that may come in handy in other contexts. 😀 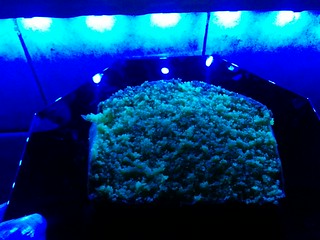 The cake will of course not cure my inflamed shoulder by itself, but hopefully it will assist my body a little in healing itself.